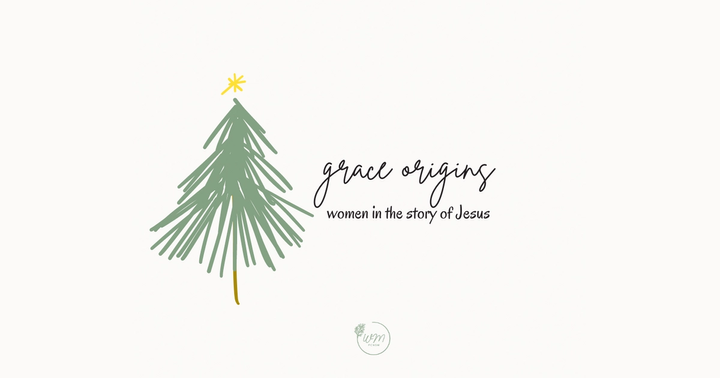 In Luke’s gospel, Jesus’ origin story begins with an angel’s declaration – to an old man, a priest in the Temple. The angel promised that Zechariah’s wife, Elizabeth, would soon be pregnant with a son, who would be their joy and delight and “make ready a people prepared for the Lord.” And although Zechariah was a righteous man, he doubted the promise (understandable, when you consider that he and his wife were past their childbearing years).

Due to his unfaithfulness, Zechariah was rendered mute, unable to speak until the promise was fulfilled.

Elizabeth is like her husband in every way – except for her abounding faith. Where Zechariah doubted the promise, Elizabeth wholeheartedly believed it, declaring, “The Lord has taken away my reproach… He has shown His favour and taken away my shame.”

You see, in the Bible infertility is understood to be a curse from God (for example, Deuteronomy 28). All the women in the Bible who struggled with infertility felt the humiliation and the shame of being unable to fulfill the creation mandate – “to be fruitful and mulitiply”. They were scorned by their communities, and their shame prevented them from fully entering into fellowship with God and His people.

Just like Sarah, Rachel, and Hannah before her, Elizabeth’s womb is opened. Her story echoes Sarah’s delight at the birth of her child; Rachel’s prayer and relief when she discovered her pregnancy; and Hannah’s raising of a child in service of the Lord.

Elizabeth recognised the Lord’s favour, this undeserved gift, this abundance of grace - and she receives it joyfully. And yet, she does not make a spectacle of God’s favour. She humbly restrains her celebration, choosing instead to ‘remain in seclusion’ until the sixth month of her pregnancy. This joy, this special gift of grace, is between her and her Lord.

In the sixth month of her pregnancy, Elizabeth’s cousin, Mary, newly pregnant with Jesus, came to visit her. Luke’s gospel tells us that on Mary’s arrival, Elizabeth was filled with the Holy Spirit, and in a loud voice declared that the “mother of my Lord” came to visit. Elizabeth had no means of knowing the origin of her cousin’s pregnancy, except by the inspiration of the Holy Spirit. She blesses her cousin, declares the baby in Mary’s womb to be the Lord, and acknowledges the Lord’s faithfulness to His promises.

After 400 years of silence, the first prophetic word - revelation inspired by the Holy Spirit –comes through a woman.

Elizabeth’s story reveals God’s commitment to lift the curse from His creation He loves so much. Sin has impacted our world, so that even righteous women – like Elizabeth – experience its brokenness, in this case causing infertility.

The curse on creation, brought about because of the Fall, means we live with disappointment. Our bodies don’t function the way we expect; our plans don’t play out as we’d hoped.

And yet, God draws near. He brings life to Elizabeth’s barren womb. He sends a prophet, to prepare His people for the Lord. He gives His Spirit. And He sends His Son, to suffer the curse, so that we might live.

Friends, whatever the cause of your shame, Jesus will take away it away.

He has shown His favour and invited you into fellowship with Him. Heh as taken away your reproach. You are now welcome, not cast aside.

He has promised it, and He has already done it. Blessed are those who have believed that the Lord will fulfill His promises.